Review: The Bad Habits of Jesus: Showing Us the Way to Live Right in a World Gone Wrong
Leonard Sweet
Tyndale House Publishers
2016

Leonard Sweet’s book, “The Bad Habits Of Jesus”, presents to us the offensive and scandalous side of Jesus that’s described in the Bible.

By all accounts Jesus did have bad habits, and Sweet presents them in a way that will have you yearning to have those same bad habits if you want to be a follower of Christ.

“Bad Habits” is an examination of how Jesus had habits that defied cultural expectations.  It could be said that Jesus was a “rebel“!  Jesus loved to party, he broke the rules, spit, procrastinated, hung out with bad people.  The list goes on.  Sweet reminds us that Jesus came for the least of us.

Too many times we view Jesus as quiet, timid, gentle, soft spoken.  Sweet blows that picture apart and shows another side of Jesus that most of us overlooked.  Throughout scripture we find that Jesus truly was a rebel.

At the back of the book is a discussion guide that is perfect if you wanted to use this book as part of a small group study.  I highly recommend this book.  You can get it HERE.

Close – Awakening to the Freedom of Your Union with Christ By Dave Hickman really hit me at my core.  If you are anything like me, at one time or another you have found yourself struggling to be closer to God, trying to earn intimacy with God.  God knows that has been me more times than I want to admit.  Hickman shows us that we have it all wrong, I have it all wrong.  We need to stop looking for a relationship between two individuals (God and I), because what God is inviting us into is much more intimate, a union with Christ.

“Union with Christ” – Those three little words, without complete understanding of what they mean, can be quite scary for most Christians.  But it is what God wants.  John 14:18,20 says “I will not leave you as orphans; I will come to you. …In that day you will know that I am in my Father, and you in me, and I in you.”  That’s not a relationship, it’s a union, “in” that’s closer than close.

I loved how Hickman wrote this book.  I felt like I was on the back porch having a talk with a friend.  Simple terms and from the heart.  I also liked that at the end of each chapter there are discussion questions which makes this book great for a small group study.

I highly recommend Closer Than Close. 5 out of 5 stars.

You can read an excerpt HERE

Closer than Close is available on Amazon.

My 4 year old grandson loves to have me read stories to him from my bible, so when I got the chance to review the new children’s bible published by Tyndale Publishers I was thrilled.

My First Hands On Bible with its flexible pink leather- like cover (it also comes in blue but his favorite color is pink), featuring the New Living Translation is absolutely beautiful. What I love about this bible is that it actually features the word for word text of the NLT bible. It’s not paraphrased or an author’s interpretation, it’s actual scripture.  And, it’s beautifully illustrated.  My grandson loved that he got to hear his favorite bible stories and also see them illustrated.  He LOVED the pictures.  It made story time so much more enjoyable and fun.

Throughout the bible there are interactive ideas, prayers, and “Jesus Connection” statements that help explain biblical ideas to your child.  These things make this bible the perfect parent/child or grandparent/grandchild activity.  It’s the perfect way to teach and share the word of God with preschoolers, prekindergarten, and kindergarten children (ages 3–6) while helping them build a solid faith foundation.

My grandson says he gives this bible 10 out of 5 stars and I agree!

I am blessed to have received a copy of this bible for free from Tyndale Publishers for review purposes.  I received no other compensation and the review is my own honest opinion of the book.

Addicted to power and success combined with a string of poor choices led Dimas Salaberrios on the path to becoming a “Street God”.

STREET GOD (noun) A drug boss; the ultimate head of a major illegal pharmaceuticals operation who had reached king pin status; the “Don” of a thriving drug hustling enterprise.
Yo, that dude Daylight used to be a street god . . . He ran whole blocks and all the drugs sold and used in a whole territory led back to him.

Street God by Pastor Dimas Salaberrios is a riveting memoir of his desire to be a Street God on the mean and dangerous streets of Queens, NY and how events and people that cared for him showed him a new life with Jesus Christ.  He went from Street God to servant of God!

Dimas doesn’t hold anything back in this memoir.  Escaping death several times, doing time in New York City’s Rikers Island, one of the toughest and most notorious jails in the nation, dealing and doing drugs. No matter how many poor choices Dimas made on his quest to be a Street God, he now acknowledges that God never gave up on him and in fact was working to show Dimas that He had a better life planned for him.  Dimas believes that angels were sent to protect him, others in his life provided messages to touch his heart.

His street name was Daylight. But he was a nightmare.

Dimas’s transformation from drug dealing on the street corner to smuggling bibles in to China shows us that God can use the least of us for His good.  Remember, the greatest men in the bible were at times the worst until God became the focus of their life.

With Christmas right around the corner, this book would make an excellent gift for any young man.  This is a definite 5 out of 5 stars!

You can an excerpt of the book HERE

You can purchase the book at Amazon

Dimas Salaberrios
As a worldwide missionary, teacher, and speaker, Pastor Dimas Salaberrios has shared the Gospel of Jesus Christ on every continent but Antarctica. He aided pastors in Kenya and smuggled Bibles to the persecuted church in China. In 2010, Dimas and his team provided over 50,000 tons of food, water, and supplies to Haiti after a massive earthquake and in 2012 he worked as a first responder to provide aid and deliver nearly $500,000 worth of supplies to super storm Sandy victims across NYC.

Additionally, the Billy Graham Evangelical Association (BGEA) appointed Dimas to co-chair the Youth Committee in 2004, and serve on the budget and finance committee for their 2005 Greater New York Crusade. He coordinated the BGEA Prayer Breakfast, and during the Saturday evening service of the crusade he spoke to an audience of 100,000.

In 2012, Dimas played a central role in the New York City “Right-To-Worship” movement, which ignited cross-congregational prayer gatherings throughout the city and sought to protect over 17,000 church congregants from unwarranted eviction from rental spaces owned by the city of New York.

In October of 2013, Concerts of Prayer Greater NY (COPGNY) unanimously chose Pastor Dimas Salaberrios as its new president. He has served on the COPGNY Board of Directors for several years.

On weekdays, watch The Dynamic Life with Pastor Dimas on the Word Network and tune into his national radio broadcasts on Salem Communications. To find broadcast schedules, log onto http://www.pastordimas.com.

Dimas holds a Master of Divinity degree from Alliance Theological Seminary and resides in the Bronx with his wife Tiffany. They are blessed with three beautiful daughters: Shirley Ann, Dallas, and Skylar. 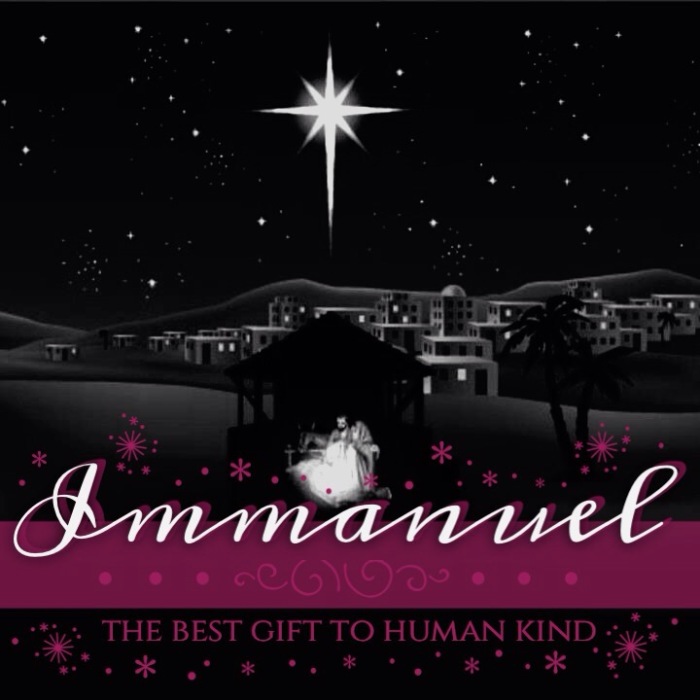 Lord, my faith is no faith at all if it depends on whether or not You perform a miracle for me or for someone I love. And yet I believe that miracles do happen. So I ask You to look with compassion on my prayer and to grant the desires of my heart. Whether Your answer is yes or no, now or later, I trust that You hear me, that You understand my distress, and that You will act with compassion. 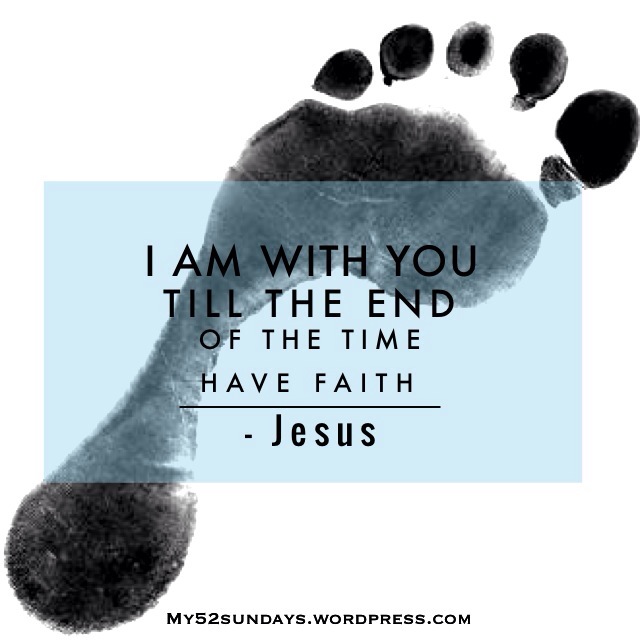 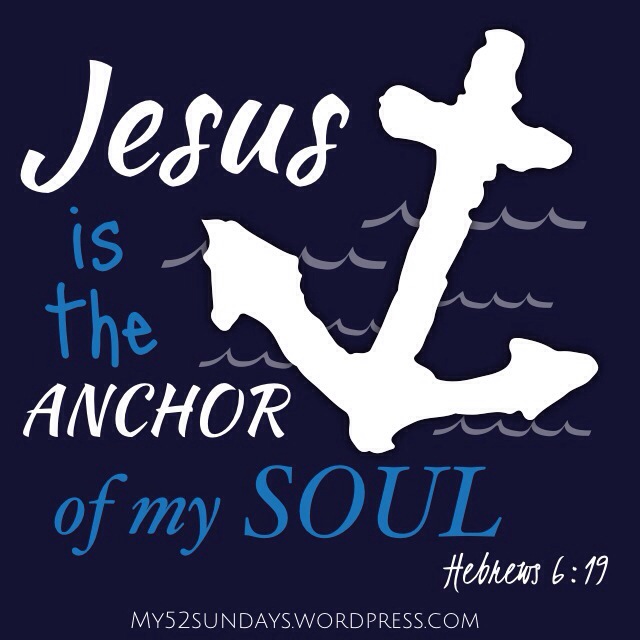 My 52 Sundays
Create a free website or blog at WordPress.com.